Life Lessons by the Seashore

Last week as I was taking my morning walk, I suddenly began to notice a starfish here or there that had washed ashore.  A few steps more and there were five, then six, then 10 to 15 starfish.  Everywhere I looked there were starfish – large ones, tiny ones, green, white, red and purple ones.  They were beautiful and amazing!

I ran back home to get the girls to come out to the beach and see the starfish for themselves.  They quickly grabbed a bucket and filled it with ocean water to gather the starfish and put them back into the water. (after naming a few of them!) 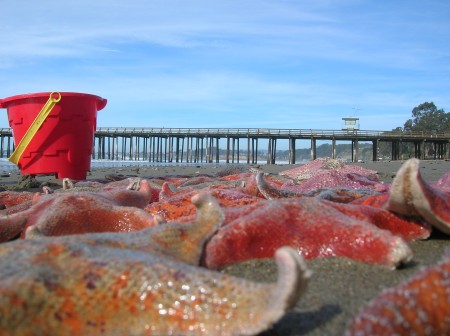 When I first encountered the mass of starfish on the shore that morning I was immediatly reminded of a story that I had been told years ago, here it is –

“An old man walked along a shore littered with thousands of starfish, beached and dying after a storm. A young man was picking them up and flinging them back into the ocean. “Why do you bother?” the old man scoffed. “Surely you cannot expect to save enough to make a difference.” The young man picked up another starfish and sent it spinning back to the water. “I just made a difference to that one”.

A short but potentially life changing and inspiring story. More often than not we have that same scoffing voice in our own head – telling us that what we do will not make a difference.  Those voices often sound like this –

Why would you bother…..

Why bother?  Because if it will make a difference in at least one life – then to me – it is worth it!

Who will be the one you make a difference for today?

Filed under Attitude, Making a Difference

10 responses to “Life Lessons by the Seashore”