Fabulous 50: A New Decade is Dawning

This week…Saturday September 1st to be exact…I am turning 50. <deep breath> Yes, one of those milestone birthdays. 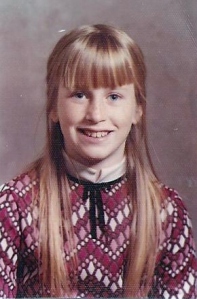 I clearly remember my first “decade day”…my 1oth birthday… as we had just recently moved from San Pedro, California to Springfield, Virginia and I had zero friends. After spending the weeks prior to my big day living in a hotel while my parents searched for a house to buy, I only had my family to celebrate with. It was fairly uneventful but I had an awesome sense of hope and excitement for the future as just a few days later I would begin my life in Virginia with a new school, new friends and a fresh new start.  One of the greatest things, as a kid from a military family moving every few years,  is that you could “re-make” yourself with every move. Literally the slate was wiped clean and you could start all over and be whomever you wanted to be!  My childhood and youth were spent in that decade and life was good.  It was during that season that I met Jesus, at almost 17, in a very real and personal way and I have never been the same!

I turned 20 at the start of my junior year at UOP…such an awesome time of my life as we were seeing God move mightily across our campus and the Lord was using me, despite my youth, my many flaws and personal struggles to reach others for Christ! It was an amazing season of  life….and when I think back on it I am still in awe at the powerful happenings all around me.  I loved being in my 20’s…I felt youthful, confident, independent and strong…in fact in my heart and mind I still often feel like I am in my mid 20’s.  I graduated from college in my 20’s, started in ministry in my 20’s, got married in my 20’s, had my first baby in my 20’s but more than anything else during that era I learned that Jesus is all I need, my everything…truly a life changing decade! 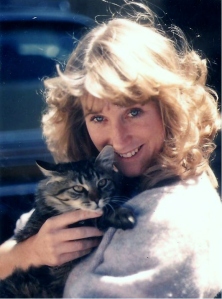 One of my favorite photos from my 20’s (and it’s not because I am a cat lover) but because at this point I was in full time youth ministry…passionately following the Lord and wanting to please Him and do His will. In that way I am still the same!

Turning 30 was not something I looked forward to….30…it sounded so “old” and  besides I wanted to be in my 20’s forever!  I was seven months pregnant with my second child and I was sick, tired and blah. I remember being so ambivalent about turning 30 that I told Dan that I did NOT want a birthday party of any kind and yet he put together a small shindig anyway at Mallards Restaurant with a few friends…I was not very happy about it at all (that poor guy!) If the Lord had opened up a window to let me peek at the simply miraculous things that were to take place in that new decade, I would have been thrilled to watch it arrive.  In my 30’s I had four of my children. I was a teacher,

activity adviser and guidance counselor to students who would become life long friends. I helped found a Christian High School that many said could never happen. I started my Creative Memories career that to this day continues to bless my life in spectacular ways. I also began homeschooling, something I never considered attempting and yet I truly believe it is one of the biggest factors in my children becoming who they are today. My 30’s also included some life changing, course altering tragedies as I lost my dear father (much too young) and I was betrayed and fired from a ministry that I poured my heart and soul into for over a decade. It was definitely a decade of great growth, faith building and new beginnings!

Then 40 came along and I was “loud and proud” about reaching this milestone! I threw myself a big fancy birthday party, despite being three months pregnant with my sixth sweet baby and as always sicker than ever , I was thrilled to get together with my friends and family to celebrate! I felt in some way that I had “arrived” in life…that I had finally made it! This past decade since turning 40 has been filled with both the very good and the very bad:

Now here I am turning 50 this week…and ready to celebrate the amazing life I have been blessed with and the great things that God has allowed me to experience and be a part of these past 50 years ( a half a century…doesn’t that sound impressive?!) I am at the beginning of a another new decade of life…a decade that is sure to include many life changing and monumental events (the launching of three more children, college graduations and major life choices for those children in the areas of careers, ministry, marriages and children,  helping my mother and inlaws walk through health and other challenges that come with aging while rejoicing in their milestones of 80th birthdays and Lord willing a 60th wedding anniversary as well as celebrating our own 30th & 35th wedding anniversaries, to name a few of the very real possibilities this decade). And yes this decade is sure to have it’s share of hardships, pain and sorrows  that I pray I can walk through with grace, peace and strength in my Lord….a living testimony to the greatness of God and an encouragement to others!

As I stand at the edge of this new beginning, the dawn of a new decade of life…I am also filled with excitement, anticipation and hope:

8 responses to “Fabulous 50: A New Decade is Dawning”